Meet the 12 Authors of NewASH before the Blog Hop and enter to win a $5 Amazon e-card!

There is only 6 more days until the start of the New Adult Scavenger Hunt. Prior to the big event, we’ll be posting one of the authors participating in the hop with there biography, what they love about the month of December, and their social media. There is also the chance to win a $5 Amazon e-card at the end. Then come December 27th, join us for the big event for a chance to win awesome books and other prizes! 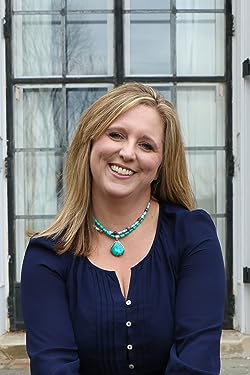 Kim once smashed into a tree while skiing. The accident led to a concussion, a cracked sternum, temporary notoriety as a sixth grader returned from the dead, and the realization that fictionalized accounts are way more interesting than just slipping on the ice.

An unhealthy obsession with conspiracy theories combined with a love of travel and happily ever afters led Kim to write her YA novel, Starr Fall, where a secret organization decides 17 year old Starr Bishop is not only the model student, but the ideal assassin. While in hiding, Starr meets dark, moody, and dead sexy Christian Evergood. Cue the swoon worthy music. But it’s not all happily ever afters for Kim. Her NA novel, And Then He, explores the dark and scary corners of the human psyche. Following a night of innocent flirting with a handsome stranger, Tiffani finds herself in the midst of a nightmare she can’t escape. And Then He is available now through Amazon and other major book retailers. Starr Fall, Book One of the Starr Fall series released November 2016 with Inkspell Publishing. Starr Lost, Book Two released January 5, 2017. Her short story, Avalanche, will be part of Valentine Kisses releasing February 14, 2017. Starr Gone, Book Three of the Starr Fall series releases June 2017.

“December means baking chocolate chip cookies and traipsing through the fields to find the largest Christmas tree and tree decorating and cookie eating and spending time with the ones I love most…these are a few of my favorite things.”

Enter the Rafflecopter Giveaway for the $5 Amazon E-card.

I am an author of both young adult and new adult novels living in beautiful North Carolina. I'm also a Wildlife Biologist. I love to read, write, hike, and play tennis. View all posts by Kelsey Ketch

This site uses Akismet to reduce spam. Learn how your comment data is processed.

The New Adult Scavenger Hunt is a biannual online event that helps promote new adult authors from different publishing houses (including Indie); also offering a great opportunity for fans to see the latest and greatest in new adult literature. During the hunt, new adult fans get the chance to read exclusive bonus material, have access to top secret insider information, and enter giveaways for fabulous prizes.